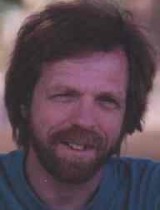 Dutch composer Gerard Beljon draws inspiration from the clear forms and structures from the medieval, renaissance and baroque eras. He combines techniques of 20th century notated music with influences of pop-music to create a new sound that draws interest. Many of his compositions were written for ensembles and soloists such as the Nieuw Ensemble, the Nederlands Kamerkoor, Orkest De Volharding, the Amsterdam Quintet, pianist Ralph van Raat and Duo Subiaco. He has also written many pieces of theatre music. His works have been performed by groups in Holland as well as in Germany, Austria, the United States, Russia and Australia.