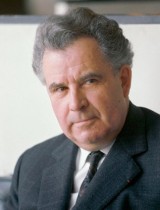 While conducting advanced experiments with rhythm and sonority, Jolivet also found inspiration in the magic arts of equatorial realms and the "primitive" aspects of such instruments as the flute and percussion. He declared that he was dedicated to "restoring music's original ancient sense, as the magical and incantatory expression of the religiosity of human communities" that led him to found the group La Jeune France. A love-hate relationship with the Neoclassicism of the 1930s led him to experiment with the futuristic, electronic Ondes Martenot, for which he wrote a concerto in 1948 with complex orchestrations that evoke the sounds of Africa, East Asia, and Polynesia.