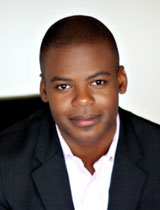 Demarre McGill is Principal Flute of the Seattle Symphony since 2011, and prior to that was Principal Flute of the San Diego Symphony since 2004. He has held the same position with The Florida Orchestra and the Santa Fe Opera Orchestra, and was Acting Principal Flute with the Pittsburgh Symphony from 2005 to 2006. McGill has soloed with the symphonies of San Diego, Chicago, Pittsburgh, Baltimore, Milwaukee and Winston-Salem, with the Philadelphia and Florida orchestras, and with Dayton Philharmonic. He has performed at several American music festivals, including the Marlboro Music Festival and the chamber music festivals of Cape Cod and Santa Fe. McGill holds a Bachelor in Flute Performance from the Curtis Institute of Music, where he studied with Julius Baker and Jeffrey Khaner. He earned a Master of Music from The Juilliard School, where he continued his studies with Julius Baker. McGill is a co-founder of the Myriad Trio, a flute, viola and harp group, and a co-founder and artistic director of Art of Élan, a chamber music organization in San Diego. In 2003, McGill received an Avery Fisher Career Grant.