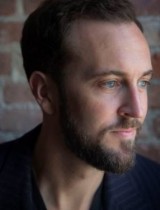 Jeremy began his musical studies on the piano at the age of 5 and started playing the cello at the age of 8. After growing up in Michigan, he attended The Juilliard School. When he was 21 years old he joined the Metropolitan Opera Orchestra and joined The Met Chamber Ensemble in its inaugural year. Performing throughout North America, Europe, and Asia, Jeremy has participated in the music festivals of Aspen, Ravinia, Tanglewood, La Jolla, Moab, Sarasota, Interlochen, and Music at Plush. In 2003, he was asked by Renee Fleming to perform with her at the opening gala of Carnegie Hall’s Zankel Hall. As a composer, his music has won the International Documentary Association Award (Narco Cultura), the AICP Award for Google’s first television commercial (Parisian Love), has been nominated for a Cinema Eye Honor, and has been named in NPR Music’s Favorite Songs of the Year. A 2015 Sundance fellow, Jeremy’s recent works include a piece for the Brooklyn Youth Chorus for an installation commemorating the 50th anniversary of Wave Hill in New York, the theme music for the Time documentary series A Year In Space, and the score to ESPN 30 for 30: First Pitch.