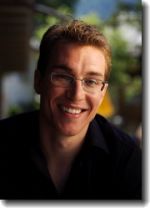 Gilles Vonsattel is winner of the Walter W. Naumburg Foundation's 2002 International Piano Competition, Mr. Vonsattel made his Lincoln Center debut that year at Alice Tully Hall. He has appeared as soloist with the Utah Symphony, Naples Philharmonic, the Grand Rapids Symphony, the National Symphony of Ireland, the Boston Pops, and the Orchestre de Chambre de Genève. Last year, he gave recitals at La Roque d'Anthéron, at the Musée d'Orsay, the Davos Festival, Zürich's Tonhalle, at Warsaw's Chopin Festival, at the La Jolla Music Society, and at Atlanta's Spivey Hall, as well as concerto and solo performances in Prague, Bratislava, Basel, and Poznan. In 2008-09, the Swiss-born Mr. Vonsattel appears at the festivals of Bastad, Sion, and Ernen, while returning to the Caramoor and Davos festivals, and will perform with the Warsaw Philharmonic under Antoni Witt. Top prizewinner at the 2006 Geneva International Music Competition, Mr. Vonsattel is also a laureate of the Cleveland and Dublin Piano Competitions and was a recipient of an Avery Fisher career grant in 2008. Deeply committed to the chamber music repertoire, he is a member of the Chamber Music Society of Lincoln Center's Chamber Music Society Two residency for young artists, and has collaborated with artists such as Kim Kashkashian, Ida Kavafian, Cho-Liang Lin, Paul Neubauer, David Shifrin, and Yo-Yo Ma. Mr. Vonsattel received his B.A. in political science and economics from Columbia University and his M.M. from The Juilliard School, where he worked with Jerome Lowenthal.